The brain contains cannabinoid receptors which produce an effect similar to that of taking cannabis only naturally. When these receptors are activated there are pleasant feelings that are associated so when a person is using marijuana they are potentiating the pleasant feelings.  There is controversy as to whether or not marijuana leads to harder drug use.  One study showed that if the user has a pleasant time, their very first time using marijuana, they are more likely to use it again a short time later.  This is different than someone who uses heroin where the first time they use is almost always unpleasant but they are more likely to use again.  There is not a connection between using marijuana and harder drugs.  Almost everyone who uses harder drugs, used marijuana first however, not everyone who uses marijuana will use harder drugs.

Marijuana is useful in treating glaucoma because THC reduces the pressure behind the eyes.  So by reducing the fluid behind the eyes, a person who is suffering from this can have a more comfortable way of living.  THC also acts like an antiemetic which lessens the feelings of nausea and reduces vomiting.  THC also increases appetite.  This is the reason it is useful for cancer patients, especially the ones undergoing chemotherapy, to use marijuana.  It is important for cancer patients to be able to keep their nutrients when they eat so by increasing their appetite and eliminating or reducing the nausea and vomiting, cancer patients have an easier time undergoing chemotherapy.  Typically people who are using medical marijuana smoke it so they can get the maximum effects as opposed to taking a pill which can delay the effects.  Since the medical marijuana community became popular, there is now a spray that people can buy which advances the THC into the blood stream as fast as smoking it.  The spray goes under the tongue.    There are a few other medically useful ways marijuana is effective such as treating movement disorders, spinal cord damage and multiple sclerosis. 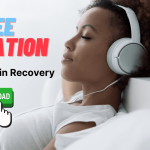 Living intentionally is one of the hardest to … END_OF_DOCUMENT_TOKEN_TO_BE_REPLACED

What is Spirituality in Recovery? You’re … END_OF_DOCUMENT_TOKEN_TO_BE_REPLACED

When people struggle with an addiction, the first … END_OF_DOCUMENT_TOKEN_TO_BE_REPLACED