That’s how it is with any addiction.  People who are addicted to food, can stop eating food, sure, but again, if they are miserable in doing so then what good is abstaining or not indulging if you’re feeling like crap?

In Part 1 of this guide, you are going to explore  all aspects of your life, including your pornography addiction. In addition, we’ll talk about changing your lifestyle, relationships, and your outlook so that you can have greater success.

Let’s plan, take action, and prepare for the future!

When you think about how much money that is, it’s absolutely mind blowing. 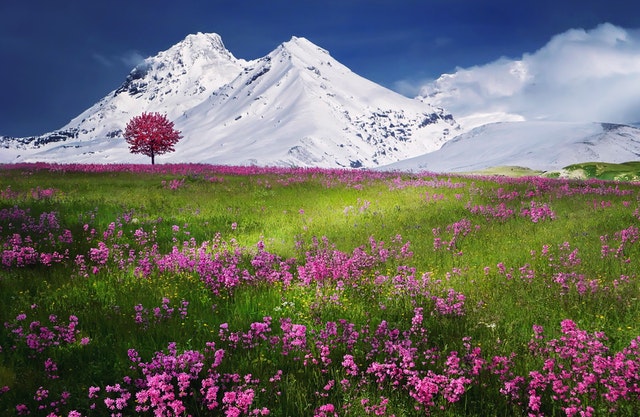 When film started in the late 1800s and early 1900s, producers were excited to be part of a radical movement.  It was very risky though because if caught they would be prosecuted and jailed. That didn’t stop them though.

There is a chemical in your brain called dopamine. Dopamine is a neurotransmitter which means it sends signals from one cell to another.  When a person engages in a behavior that is followed by a reward it activates the dopamine pathway. The purpose of the pathway is to remember the reward motivated behavior.  When there is pleasure involved, your brain remembers this and each time you come upon a situation where the dopamine pathway was activated, your brain will release more dopamine before you engage in that behavior.

This is called a trigger.

If you’re feeling this way, it’s not your fault.  Like any addiction, it’s not a matter of self control and you can now see why there is science backing the fact that an addiction is a brain disease. The brain is what is called plasticity which means it can change based upon your environment and the information that you take in.

We will talk about the importance of real, physical touch and how the intimacy you are watching on a screen does not mimic real life intimate moments.

We’ll also cover emotional barriers and how to break through those walls.

Everybody has a different childhood and upbringing and the amount of touch varies from culture to culture but studies have shown a positive connection between touch and emotions.  Real, physical touch that is consensual and positive produces emotions such as joy, love and empathy.

Touch is a powerful way to communicate without words.

Now look at how they are touching each other.

Does that seem real to you? It’s not.

There is no connection between the two, or more, people.

Human touch feels good and to experience the sensual and human part of any relationship, you need to understand the importance of it.

Emotional barriers are unconscious walls that people put between themselves and other people.

After time though, the excitement and the pleasure wears off.

Once you break through those barriers, it will be easier for you be intimate and your communication skills will be much stronger.

Some common emotional barriers include depression, anxiety, anger, fear, and even pride.

We’ll talk more about mental health later in the guide but for this section I want you to start thinking what kind of emotional barriers may be haunting you.  Once you recognize the barriers you can then start to figure out how to break through them. If the barriers are mental health related then making an appointment with a professional would be a good start.  If the barriers come from past experiences then perhaps revisiting those situations to make amends with what happened and start living life in the present moment.

You’ve probably seen this quote online as I’ve seen it on a bunch of memes but it’s so true:

Your past does not define you

It’s important to observe and pinpoint such barriers because it’s the only way to dig deeper into your consciousness as a way to heal and get rid of the emotional baggage you have been holding on to for all this time.

Deep reflection is part of the healing process.

To be clear, this section is not for everyone and I am in no way saying that you have had past trauma or neglect.  However, some of you who are reading this may have and that’s why it’s important to explore this topic whether or not you feel you have been a victim in the past.

For those of you who are reading this section and have had past trauma, it’s really important to talk about and heal from those experiences if you want to be able to fully understand and cure your addiction for good.

People heal from past trauma in many ways. The most common way is to see a counselor or therapist.  Even if you don’t think your past has anything to do with your current situation, I challenge you to think about this a little deeper.  And, if you are struggling or have struggled with your past or if you have current mental health struggles today that are related to your past then I urge you to seek professional counseling or therapy in addition to finishing this guide.

Self care is not selfish, it’s a necessity.

This section is really important and a key component of the entire guide.  By the end of this section, pornography will never be the same for you.

Up until now, you’ve likely been able to put a mental barrier between you and the other side but after this section that mental barrier is going to come down, little by little.

Now think of what their childhood was like, good or bad, but just think of them as children.

From the Male Perspective

Christopher stated that he became reliant on erectile dysfunction drugs as did many performers and developed a condition called priapism which is something that happens when the penis stays erected for long periods of time.  It is a very painful and dangerous condition.

The videos and articles are important to read and watch.  It’s really impactful to have the ability to think of these males as human beings and how their short careers affect their entire lives.

From the female perspective

Hell no it doesn’t and there are many reasons for this.

Most of the girls I worked with were in foster care or grew up in very broken or abusive households.  Many were homeless. Their stories were all very similar.

An adult male sets out to find vulnerable, young females.  This male will start to groom them as early as age 12. They promise to take care of them, take them shopping, buy them expensive things, give them love and shelter in exchange for performing small sexual acts when asked to do so.  We know these males as “pimps.”

When 18 comes around, their hopes are rarely achieved and the girls become harder to control.  Some pimps let them go while others resort to physical and sexual violence to keep them in check.  And just to be clear, while the majority of the children are girls, there are boys that are groomed and trafficked as well.  It just may look a little different.

And I think that’s the saddest part - these kids end up with nothing in the end.

We know you can do it!